For the Love of Cooking 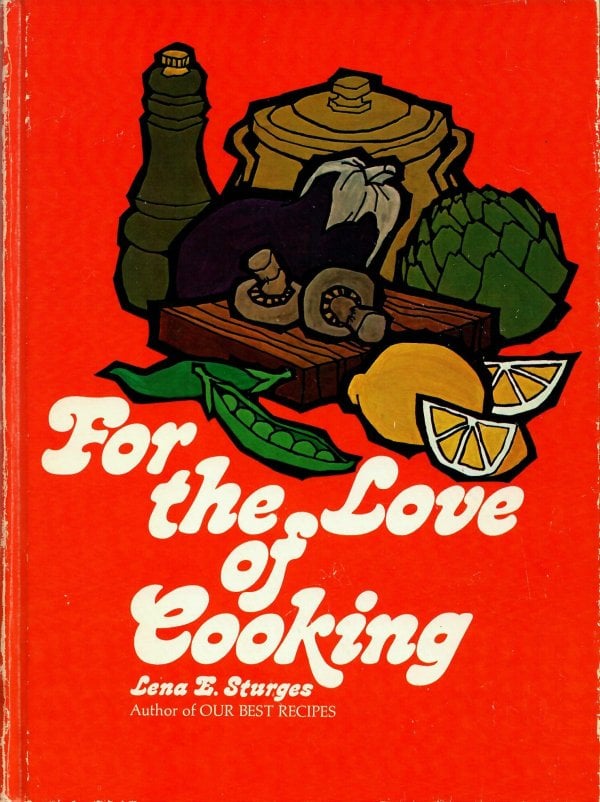 In the introduction, Ms. Sturges writes about her childhood in Texas. Her love of cooking came naturally during her childhood when she and her sister would draw straws to see who would wash dishes or help their mother cook.  Lena says that she would do anything to get out of washing the dishes, so she was a natural for helping her mother, who loved to garden more than cook, in the kitchen. She then tells several stories about food and her childhood. She ends in the introduction with good advise for all cooks, new or old: “Cooking can be a joy, but you must be willing to make some sacrifices, face a few failures, and start all over again. Most importantly, take time with your cooking; table as many pains in making a batch of cookies or a loaf of bread as you would in stitching a needlepoint pillow.”

Ms. Sturges marks recipes through the cookbook with an asterisk to indicate that the recipe is a “budget recipe.” Here are a few recipes that I found interesting a reading the cookbook:

Heat oil in a large skillet. Add green peppers, onion, celery, and celery leaves. Cook over low heat until the onion is transparent, but not browned. Add remaining ingredients except for shrimp and rice. Simmer gently for 1 hour, stirring occasionally to prevent sticking. Add cooked shrimp and heat through.

Combine butter and brown sugar in a saucepan; cook and stir until sugar melts and mixture bubbles vigorously.  Remove from heat and stir in pecans. Spread mixture over bottom of pie shell. Bake at 425-degrees for 5 minutes or until bubbly. Remove from oven.

Combine pudding mix and milk in a saucepan; cook and stir over medium heat until mixture comes to a full boil. Remove from heat. Cool 5 minutes, stirring once or twice. Spoon into pie shell over nut layer. Chill until set. Garnish with prepared whipped topping and pecan halves before serving.