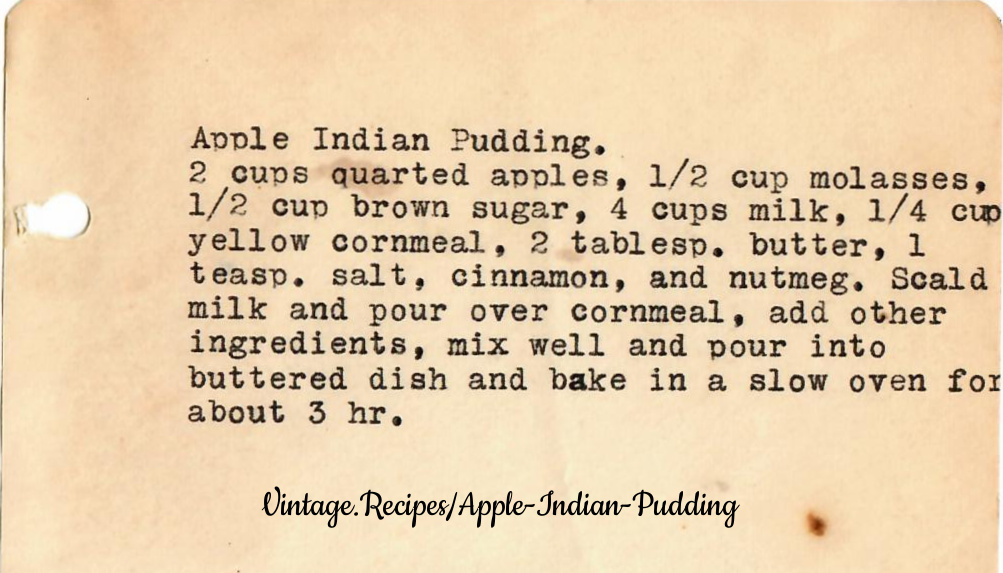 A vintage typed recipe from the Verdin Collection is for an Apple Indian Pudding. This apple pudding is made with cornmeal rather than flour. Make this pudding by pouring scalded milk over the cornmeal, add other ingredients and mix well; place mixture in a buttered casserole dish and bake in a slow oven for about 3 hours. 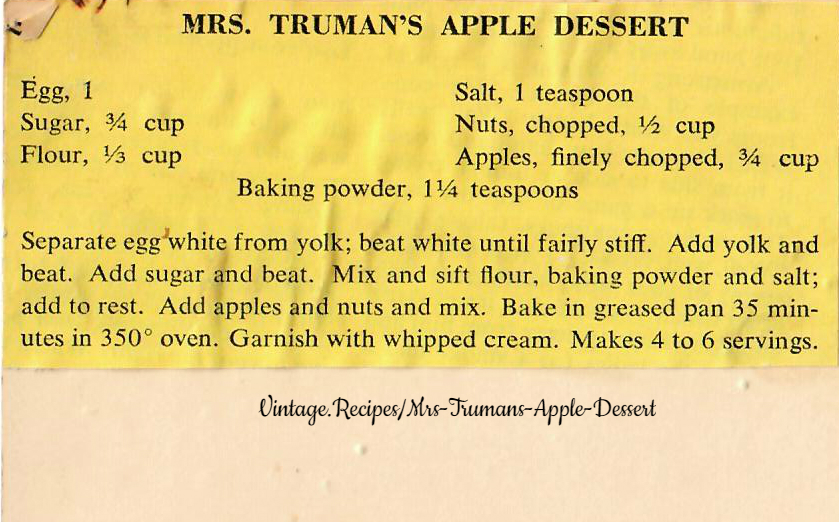 From the Eidson collection is this recipe for Mrs. Truman’s Apple Dessert, which is much like the Apple Pudding recipe.

Also from Mrs. R, written in her nice, neat handwriting, is her recipe for an Apple Torte; Mrs. R calls this a “torte”, but I have included this in the “Pudding Section” as the ingredients and methods are similar to the other pudding recipes. Mrs. R indicates that this recipe is “exquisite with vanilla ice cream”. 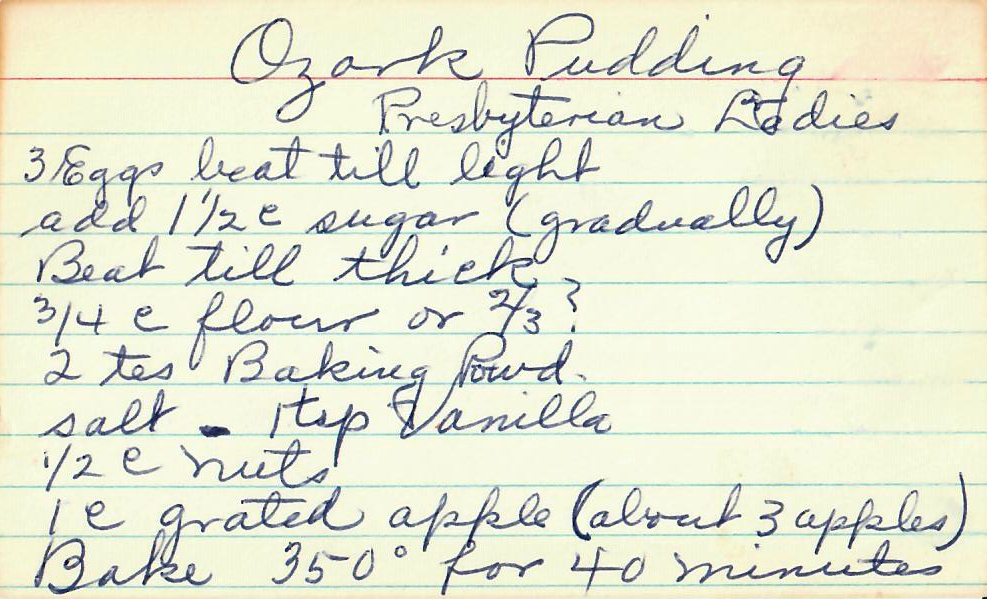 Our most popular recipe in the pudding category is a hand written recipe from the San Franscisco collection that is attribute to the “Presbyterian Ladies” for an “Ozark Pudding”.

Also included in the San Francisco collection is a recipe “Apple Pudding”, this recipe has fewer eggs and less flour than the Ozark Pudding recipe in the collection.