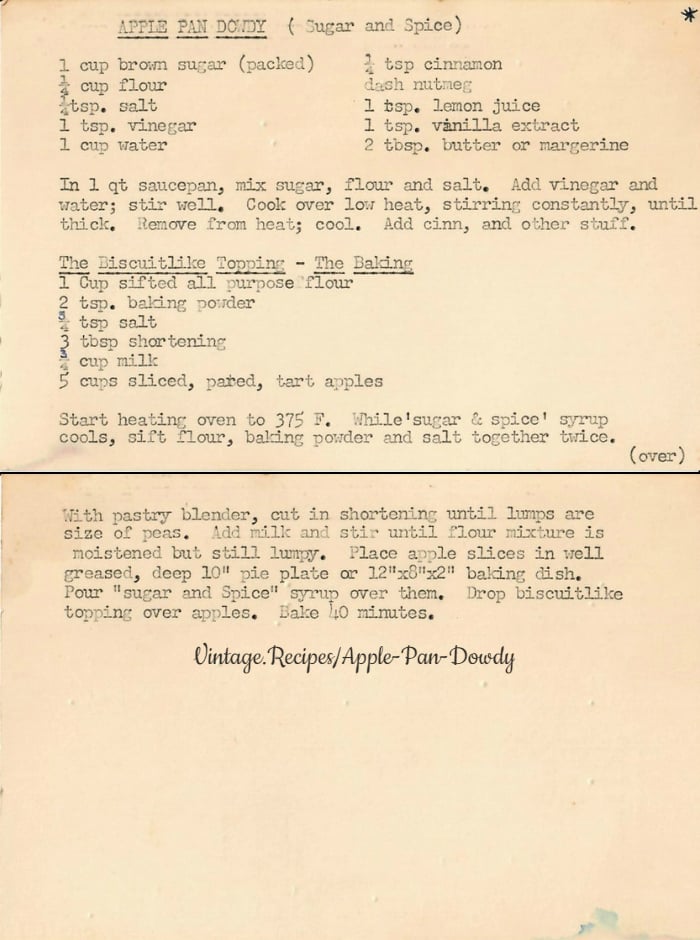 This recipe, from the Eidson collection, for Apple Pan Dowdy belongs in the “Apple Crisp Family”. This recipe is made by placing apples in the bottom of a baking dish, then topping the apples with a “sugar and spice” mixture that is heated until it thickens on the stove, then topped with a “biscuit-like topping”. 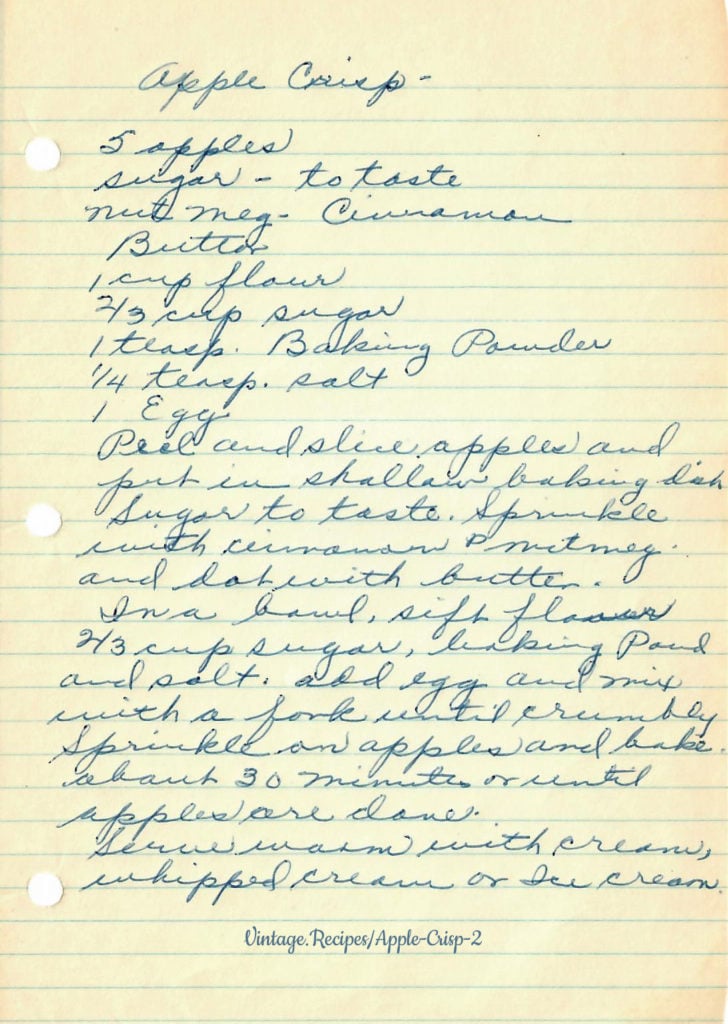 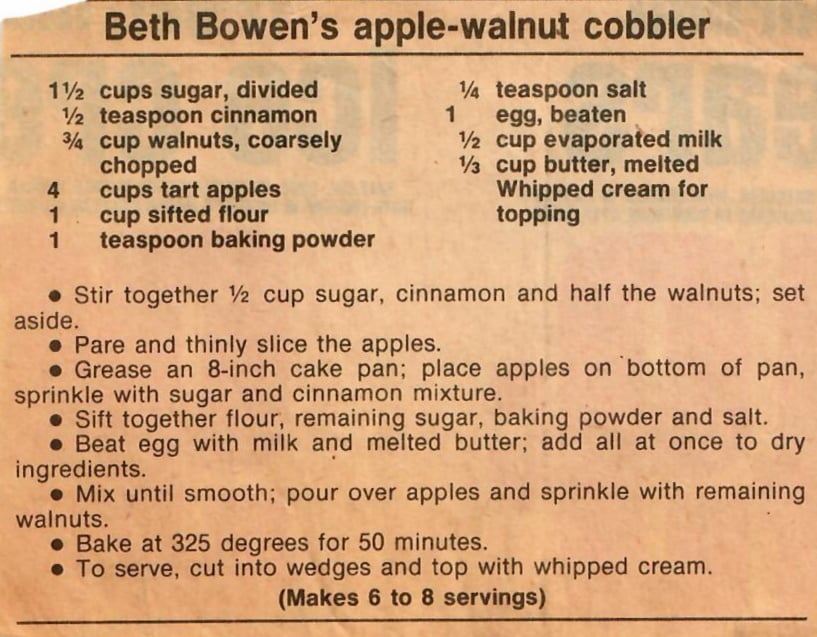 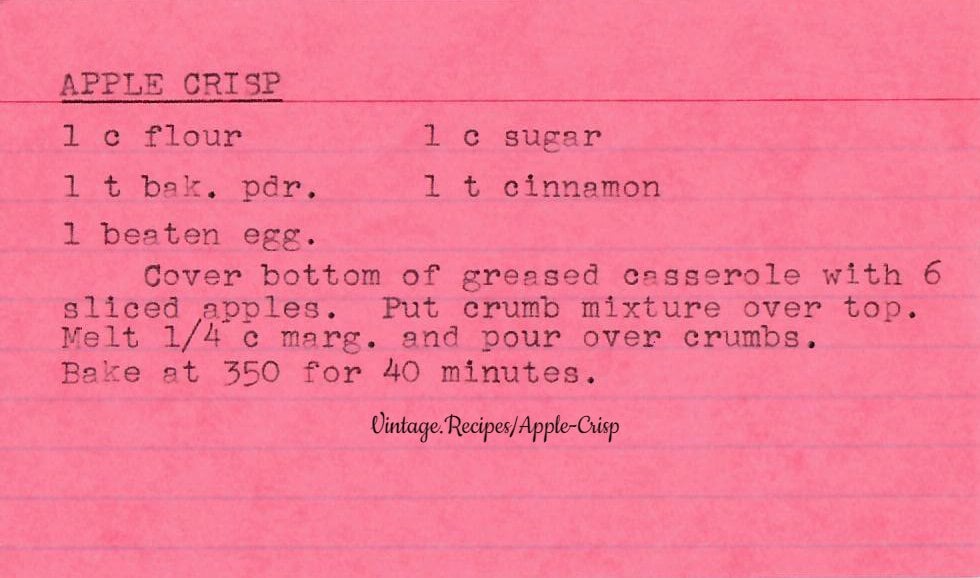 An Apple Crisp Recipe included in the Wisconsin collection is this simple typed recipe card for a classic, simple Apple Crisp. 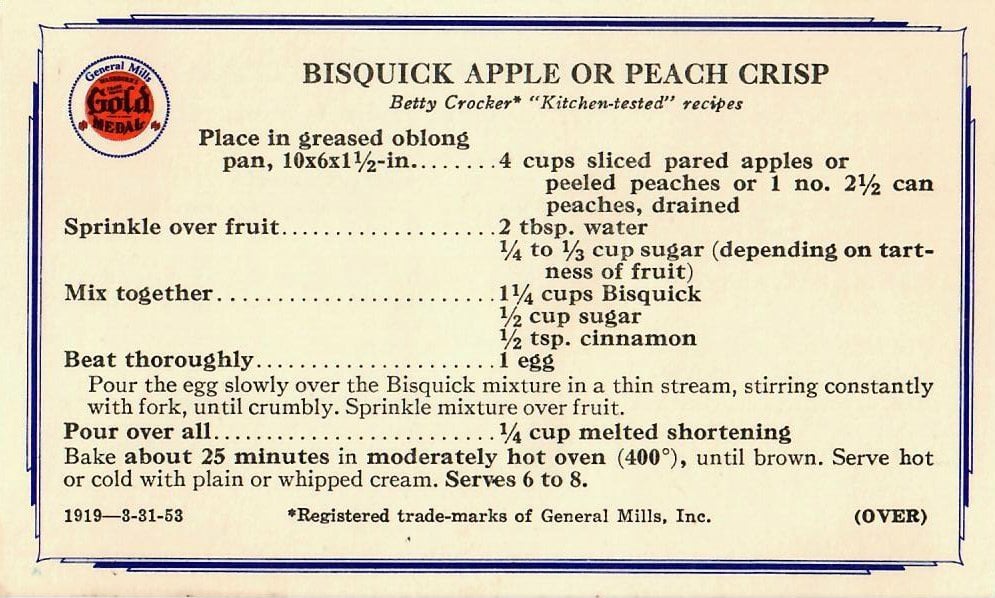 One of our most popular recipes featuring apples is this recipe card from General Mills and Gold Medal Flour for Bisquick Apple or Peach Crisp. There is a date of 3-31-53 on the bottom of the card, so I assume that this recipe card was printed in 1953. 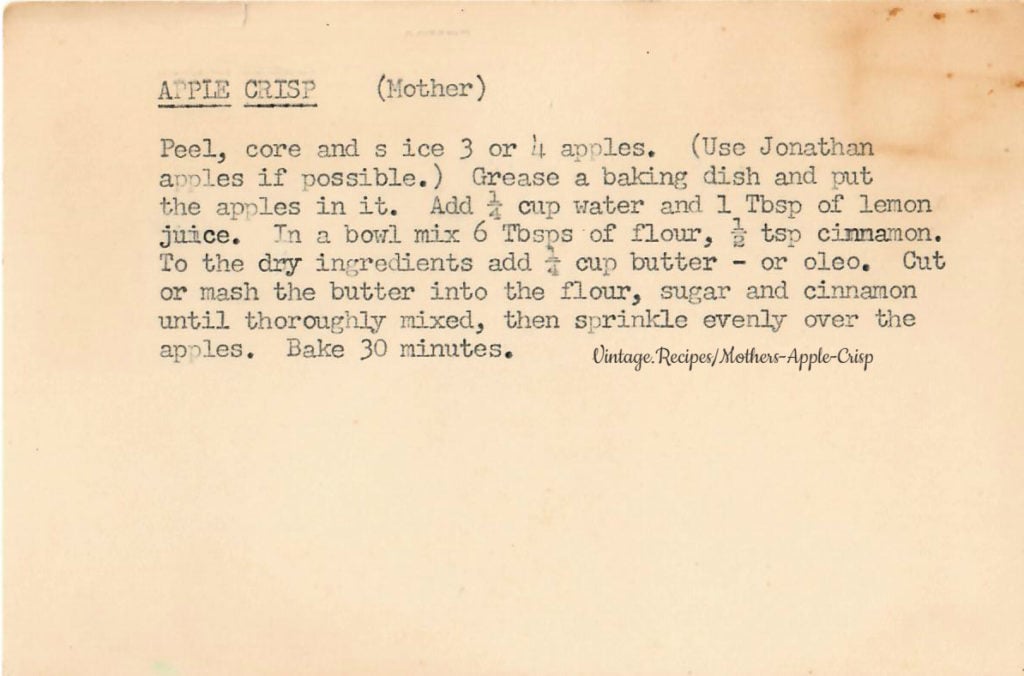 A vintage typed recipe from the Eidson collection for Mother’s Apple Crisp. 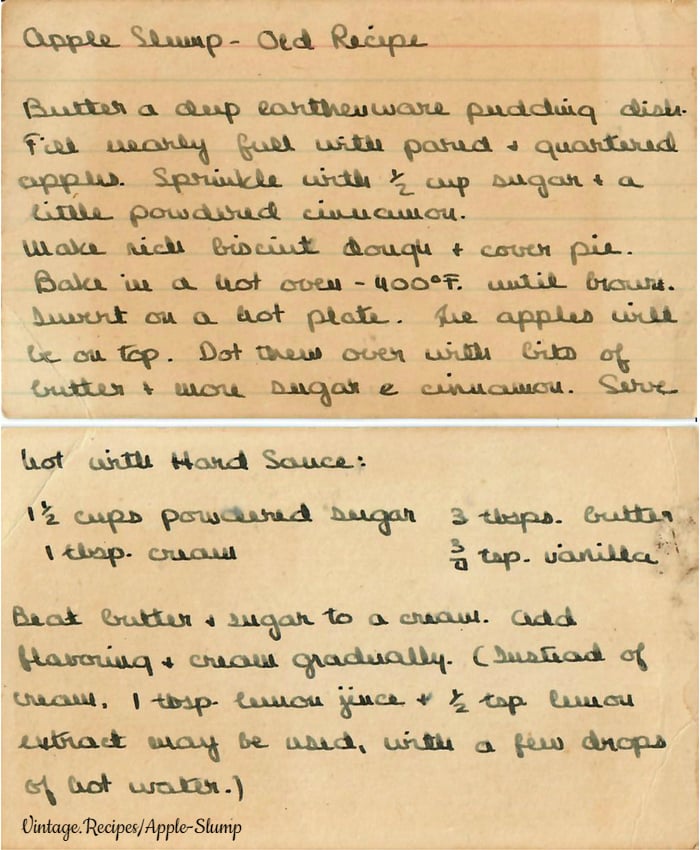 This is a recipe from Mrs. R. for an “Upside Down Apple Crisp” – an excellent play on words – Apple Slump. Prepare this recipe like an traditional Apple Crisp, or an Apple Pan Dowdy with a biscuit topping. Invert the baked Apple Crisp on a hot plate, dot with butter, sugar, and cinnamon and serve with the hard sauce included on the recipe card. 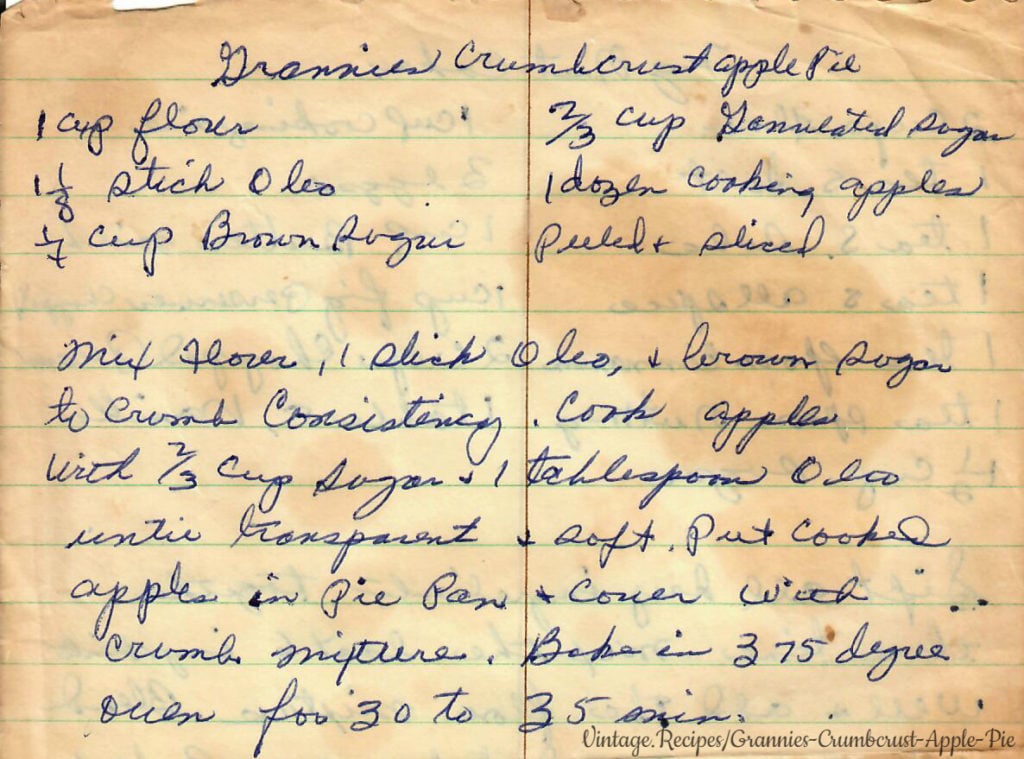 From the Thompson collection is a recipe for Grannie’s Crumb Crust Apple Pie; this is recipe for a simple apple crisp with a crumb topping.